Geographical position of Óbuda is more than remarkable with Hármas-határ hill in the west and Danube in the east bordering it. Humid air mass tumbling over the hill often cause storm and gust of rain accompanied by strong wind. Evaporation of the Danube increases relative humidity of this part of the city even more. The two kind of meteorological impact supporting each other create astonishing light phenomena in the sky over Óbuda. 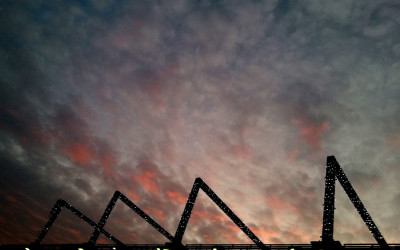 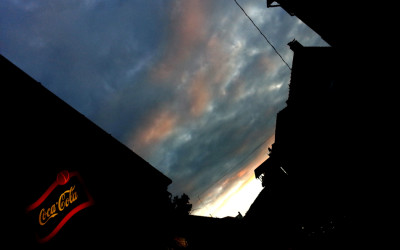 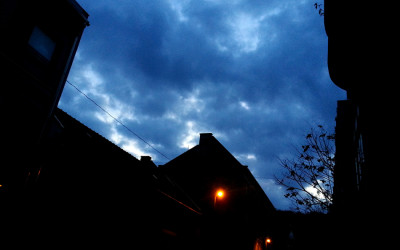 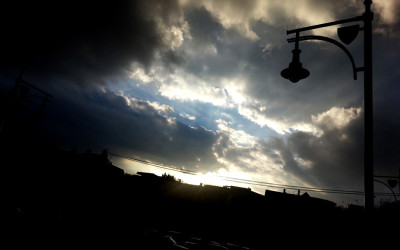 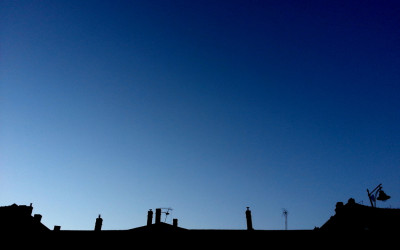 More variations are given to the refractions by the increasing carbon dioxide concentration which is at the same time a moving force through its increasement of greenhouse effect. So in the part of the city bordered by the hill and the river really strange atmospheric light phenomena and cloud formations can be observed. To shade the picture an airway to the Liszt Ferenc airport in Budapest is leading right above the district. Airplanes arriving continuously leave vapour trails in front of the medley background of the sky. Elements of the versatile architecture of Óbuda bathe in the orgy of light.

There are few ditricts in the world, where blocks of flats are built upon the ruins of a Roman city, where there are castles of noble families standing on the hillside, while right next to one of the mightiest catholic churches of the city there is a synagogue towering. Shopping centres built to match them, the promenade and the buildings at the centre of the district, which is protected by the historical monuments act, all blend in harmony with the versatility of the sky.

As I measure light – without exception – on the lightest point of the picture, most parts of the buildings are ‘burnt’ during the exposition only appearing as silhouettes many times. As lights are ‘at the same place’ for only a short period of time my camera always needs to be with me. I solve this problem by not using an SLR (single-lens reflex) camera – this is my only project I do not – but a mobile device: a GT-I9300 built into a Samsung Galaxy S3 to be precise. Only without zoom, in a setting equivalent to an 18-millimetre optic, light measured to the lightest point. It is worth trying. That brings quite a strange experience within certain limits. The device gets more and more indecisive by the arrival of the evening in the twilight, but considering it a nice game you can learn how to reduce noise and how to compose photos. I regard that as an experiment anyway, but if modern devices are developed, why should not we use them?

Óbuda is one part of the 3rd district of Budapest. Its territory includes only a small region of the former Óbuda which was united with Buda and Pest to form the city of Budapest in 1873. Today’s Óbuda used to be only the centre of the former town of Óbuda melting into Budapest at the end of the 19th century.