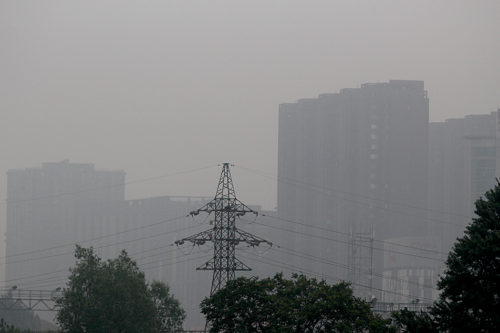 Kyoto Protocol, signed in 1997, is an international treaty bringing together developed countries which pledged to cut their yearly emissions of carbon by 5.2% as compared to 1990. Negotiations of the treaty were produced under United Nations Framework Convention on Climate Change (UNFCCC) aiming to stabilize concentration of greenhouse gases of the atmosphere to ease foreseeable impacts of climate change and global warming. The treaty entered into force on 16 of February 2005. By December 2006 169 countries joined the treaty representing 61.9 % carbon dioxide emission of the world. The comparatively low ratio is due to the fact that the United States and Australia – also mass polluters – did not join the treaty. Other mass polluters like India or China did join, however the document ensured them special treatment according to which they are not bounded – either presently – to reduce their carbon dioxide emission. Because of the above mentioned experts seriously dispute the efficiency and the point of the treaty, however ensuring the ‘common denominator’ and the basic minimums leading to further meetings of international diplomacy is undeniably a positive characteristic of the treaty.

Number 1 carbon dioxide emitter has remained China unchanged since 2006; The Asian country is responsible for 30 percent of the world’s carbon dioxide emission (that is 11 billion tons of carbon dioxide) and chimneys of Chinese factories and homes will omit the double of that amount into the air, unless a significant change in the directions happens in Chinese energy trade. The European Union and the USA or Japan all prefers setting up their manufacture to China because of cheap workforce. With the help of that they contribute to the rise of GDP in China, but the factories significantly increase CO2 emission of China, while the countries moving their manufacture to China are trying to meet Kyoto Protocol pounding their chest at their home and reduce the level of CO2 emission there with sham intentions.

The rise of GDP in China is really significant. After the Millennium It reached its peak point in 2007 (a rise of 14.2 % compared to the previous year) and although it is slowing down, it was above 10 % in 2010 and it is between 6 and 7 % at present.

Smog caused by the emission of more than 5 million vehicles and heavy industry companies together with the coincidence of unfavourable weather conditions ended up in Beijing being one of the most polluted cities of the world. There were more than 21.5 million inhabitants there in 2014 plus millions of mainly inland tourists added yearly. Smog clouds are constantly present, which makes it almost compulsory to wear a medical mask. By 2020 the government ordered Beijing an increase of 40 % in air pollution compared to the level in 2013. The indicator PM 2.5, referring to the amount of particles having a diameter of 2.5 micron or smaller per cubic metres, reached and exceeded 200 and even 300 micrograms between 2013 and 2016, having the amount of 500 for days, moreover values between 700 and 900 or even more occurred at many places. The medical limit value is between 25 and 40 micrograms. Inhabitants report on several medical symptoms, most often on coughing, breathing difficulties, red eyes and asthma attacks. It is talking data that women getting pregnant throughout the eight week of the Olympic Games in Beijing when the air was clearer than usual gave birth to babies weighing much more than the average. There are 13 territories and administrative units are involved: beyond Beijing among others Hopei on the north-east, Shantung, the eastern Jiangsu territories, Shanghai and Guangzhou territory on the south-east all have got famous of skyscrapers lost in greyness, surgeries full of elders and of masses wearing a mask.

Although gross capacity of plants has risen from 100 GW to 400 GW for the last four years, even the extra-ordinarily high level of growth could not keep up with the increased demand even faster growing. Power failures are constant accompaniments of everyday life, two third of the huge country is affected – the least developed territories the most frequently. Capacity missing (!) was 30 GW in the peak summer season of 2015 by providers. 75 % of Chinese plants burn coal, which is not surprising as the country is the biggest coal producer of the Earth. Most of the newly built plants and those under construction also burn coal, although the government wants to decrease the preponderance of coal to 60 % ratio by 2020 according to plans.

Having the second biggest economy of the world, China has now been struggling with a huge problem: work safety. There were 413 700 workplace accidents in 2013 throughout China, the number of fatalities was 91 172. The most working place accidents occur in Chinese coal mines. By the official statistics 80 % of the 16 thousand mines of the country are presently operating without licence. Illegal coal mines provide 35 % of the country’s coal production. However 73 % of fatalities happened in illegal coal mines.

Soil pollution has assumed epidemic proportions in China, so that its massive existence can even be seen in official statistics. Pollution can be found in the close neighbourhood of mines, factories, motorways, agricultural manufactures and at any spots of any other human activities. Soil pollution might affect the major part of the country, even 70 % of cultivated land. One of the reasons is that agricultural territories are watered by groundwater, 90 % of which is polluted. Regulations for livestock including transportation are apparently absent in China. Feeding the enormous amount of people living in the cities replaces any other points, while authorities do not really mind the field. As a result of that pigs and other livestock to slaughter are held in terrible circumstances according to European logic.